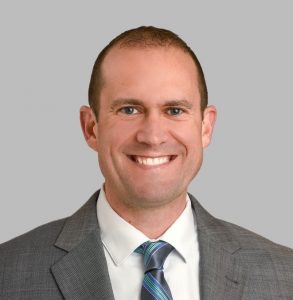 The CRU Phosphates 2022 Conference & Exhibition was held in Tampa, Florida, from March 7-9, 2022. This was the first CRU Phosphates meeting held with an in-person component since 2019 and there were 250 attendees in-person and another 65 attending virtually.

As the Director of a recently announced research center on phosphorus sustainability, the Science and Technologies for Phosphorus Sustainability (STEPS) Center, my in-person attendance at the Tampa meeting was an important opportunity to network more closely with important stakeholders in the phosphates sector. As I expected, attending in-person did provide many more additional opportunities than available in the strictly online format during the pandemic, notably the networking lunches and social activities. In fact, I was able to meet many of the individuals whom I reference below.

Sustainability was an important topic in the 2022 meeting. Sustainability is often defined as satisfying the needs of the present without compromising the ability of future generations to satisfy theirs. These present and future needs refer to social and environmental factors (e.g., health, nutrition, equity, accessibility) as well as the economic factors (e.g., economic growth and enabling populations above minimum standards of living).

In the weeks preceding the meeting, the Ukraine-Russia war introduced a new need to think about sustainability of phosphates in the immediate term. While supply chain disruption had affected many industries during the pandemic years, the war in the Ukraine and the extraordinary economic sanctions against Russia introduced unprecedented uncertainty in global phosphate flows.

In the opening markets presentation, “Global phosphate market outlook: Overview, major issues, and the future,” Glen Kurokawa was the first to introduce this uncertainty by saying, “supply chain risks with Russia-Ukraine is the big unknown.” Kurokawa further reinforced how this big unknown is seen atop a myriad of newsworthy factors including the global pandemic, China export restrictions, and the U.S. countervailing duty on certain phosphate imports. Kurokawa’s analysis projects that global phosphate demand will continue to grow by 1-2% per year, although disproportionately throughout the world: A significant rise in demand is expected in Brazil as their agricultural exports grow, demand will decrease in China due to overapplication decreases, and U.S. demand will grow slow and steady. Kurokawa and others throughout the day mentioned the growth of the lithium iron phosphate (LFP) battery market, though LFP batteries are still a small portion of the specialty phosphates market.

A panel discussion later in the day provided opportunities to elaborate on the Russia-Ukraine war and its impacts on global P flows. The panel discussion included a presentation by Chris Lawson, Head of Fertilizers at CRU, and joining the questions and answers were Glen Kurokawa and Willis Thomas, Senior Consultant at CRU. In the opening remarks, it was noted that ammonia, urea, ammonium nitrate (AN), and urea ammonium nitrate (UAN) pose the highest risks, although MOP (potassium chloride) and phosphate fertilizers follow soon behind. The impacts of sanctions were expected to increase with time, perhaps taking months to become realizable or predictable.

Importantly, because different countries and regions source fertilizer products from different places, the impact of the war will disproportionately impact some regions more than others. Phosphate rock exports from Russia will be impacted but limited to specific countries: Russia has been supplying 7% of the global phosphate rock exports, with ~0.75 Mt going to Lithuania, ~0.75 Mt to Belgium, ~0.5 Mt to Norway, and smaller amounts to Belarus and Romania. Beyond phosphate rock, the most negative impacts are predicted in Brazil, where 28%, or ~3 Mt, of their total ~11 Mt of MOP imports is sourced from Russia. In fact, a presentation on Day 2 of the meeting by Priscila Richetti from Yara reinforced the historical growth of food production in Brazil and the paralleled consumption of fertilizer; total consumption has approximately doubled from 2010 to 2021, with P representing ~33% of the share in 2021. In the days following the meeting, several news outlets reported that Brazil would seek to source increased fertilizer supplies from Canada. By comparison, Europe and the U.S. had been sourcing ~20-30% and 8-15% of their fertilizer imports from Russia, respectively, though both have lower total volume of imports.

Ammonia was seen as the high risk because Russia has been supplying 23% of the global export share, along with 50% of the AN share, and 25% of the UAN share. Sales to Russia from other countries are also disrupted, e.g. the fertilizer manufacturer EuroChem reported 20% of its 2021 sales went to Russia. Again, how these various supply chain disruptions will affect fertilizer availability and sales is not yet predictable, and those disruptions will clearly have further downstream consequences to the agricultural and food systems sectors.

Also included in the markets agenda was a presentation by Bruce Bodine, Senior Vice President – North America of the Mosaic Company, titled, “North American market outlook.” Bodine emphasized the impact of Mosaic in Florida, citing the capacity to produce 10 Mt of phosphate fertilizer per year, 60% of which is retained in North America and 40% of which is shipped to offshore markets. This large commercial activity helps to sustain jobs and the economy of the State of Florida: Bodine quoted that the Port of Tampa’s economic activity is 70% phosphate-related, that Mosaic employs about 3,000 employees and 3,000 contractors, and that exports from Florida are valued at $1.8B USD. Weather was cited as a key swing factor in future market dynamics, especially droughts, which dominate the western U.S. Total 2022 North American shipments are expected to moderate from a record level in 2021 due to the higher prices that are driven by global supply constraints.

Ben Pratt, Senior Vice President for Government and Public affairs at the Mosaic Company then discussed sustainable Environmental, Social, and Governance (ESG) practices at Mosaic, an initiative within one of six Strategic Alignment Goals called “Act Responsibly.” Pratt presented 13 targeted milestones in areas covering diversity and inclusion (D&I) and environmental impacts such as greenhouse gas (GHG) emissions and freshwater use. Concerning GHG emissions, specifically, Mosaic targets reducing net GHG emissions to zero in Florida by 2030 and to zero, company-wide, by 2040. Mosaic projects to reduce freshwater use per tonne of product 20% by 2025. The year of this meeting – in 2022 – Mosaic launched global D&I targets that state, by the year 2030, Mosaic will have reached 30% women in the workplace, 30% growth in underrepresented groups in the workplace, and a 30% growth in leadership diversity. In the Q&A period, Pratt further reinforced the importance of an inclusive culture by adding, “a culture of inclusion must be there first – before diversifying your workforce.”

The technical agenda included several presentations by companies working in sustainability. Technologies from Novaphos were presented by their CEO, Tim Cotton. Novaphos targets reductions or eliminations in gypsum and mine tailings by introducing alternative technologies to produce phosphoric acid and a new calcium silicate solid called J-Rox, which has sufficiently low radioactive emissions to enable its use in structural and building materials. A product called Crystal Green from Ostara Nutrient Solutions was presented by their CTO, Ahren Britton, which is proposed to be used in parallel with traditional fertilizers. Crystal Green is a root-activated enhanced efficiency phosphate fertilizer which is produced via struvite precipitation and activates in soils in response to organic acids produced from growing roots. Britton reported the results of some studies that show increased yield with less total fertilizer application and reduced nutrient loss to waterways. The product Rhizosorb from Phospholutions was introduced by their CEO, Hunter Swisher. Swisher reported that Rhizosorb had been proven in 2021 on-farm and across 12 U.S. states and that they are now proceeding to test co-granulated formulations. Swisher reports that Rhizosorb maintains yields while reducing the amount of P required by 50%, which decreases nutrient pollution.

Finally, I’ll conclude by highlighting the presentation given by Catherine Thise, Marketing & Innovation Consultant at Marktrack. While Thise’s presentation was on the topic of market developments in phosphate recovery from sewage sludge, she opened with an acknowledgement that the day of her presentation was International Women’s Day, a powerful statement that uplifted diversity and inclusion in the industry. Thise motivated her talk by reinforcing many of the discussion topics in the sustainable P community, including the UN Sustainable Development Goals, continued rising interest in a circular economy for P, and geopolitical aspects including reference to population increases and global urbanization. Thise made the argument that, while sewage sludge and/or the ash produced from incineration of such sewage sludge can be made into fertilizers for agriculture (in fact, countless technologies exist for doing so), there remain significant barriers to global implementation of these processes, e.g. the remaining presence of heavy metals and regulation. Thise says, “The question is not ‘is there a technology to recover phosphate from sewage sludge?’,” but rather, “How do we valorize recovered phosphates?” and “Is there an economical interest in recovering phosphates?” Inspired by the Circular Economy Action Plan from the European Commission in March of 2020, Thise argues for valorization of P from waste products for applications, e.g., in electronics and batteries. With the rise in P demand in specialty markets, e.g. LFP batteries, her questions demand deep consideration. While important to pursue, these questions will also be challenging to answer.

Her final question, on the other hand, may be more straightforward to answer: “Should we compete or collaborate for a more sustainable world?” In my opinion, we could benefit from a complementary dose of both. Bill Gates is quoted as saying both, “Whether it’s Google or Apple or free software, we’ve got some fantastic competitors and it keeps us on our toes,” as well as, “Our success has really been based on partnerships from the very beginning.” In late celebration of International Women’s Day, let’s also pull from the words of American author Helen Keller, who said, “Alone we can do so little; together we can do so much.” Keller was awarded the Presidential Medal of Freedom from President Lyndon B. Johnson in 1964, the highest civil honor in the U.S. for peacetime service. With a war broken out in Europe and disruptions in critical supplies of nutrients to feed the world, now is certainly one of the more important times to work together.

Jacob L. Jones is the Kobe Steel Distinguished Professor of Materials Science & Engineering at North Carolina State University and Director of the Science and Technologies for Phosphorus Sustainability (STEPS) Center, a U.S. National Science Foundation (NSF) Science and Technology Center (STC). Any opinions, findings and conclusions or recommendations expressed in this post are those of the author and do not necessarily reflect the views of the NSF or the Sustainable Phosphorus Alliance.