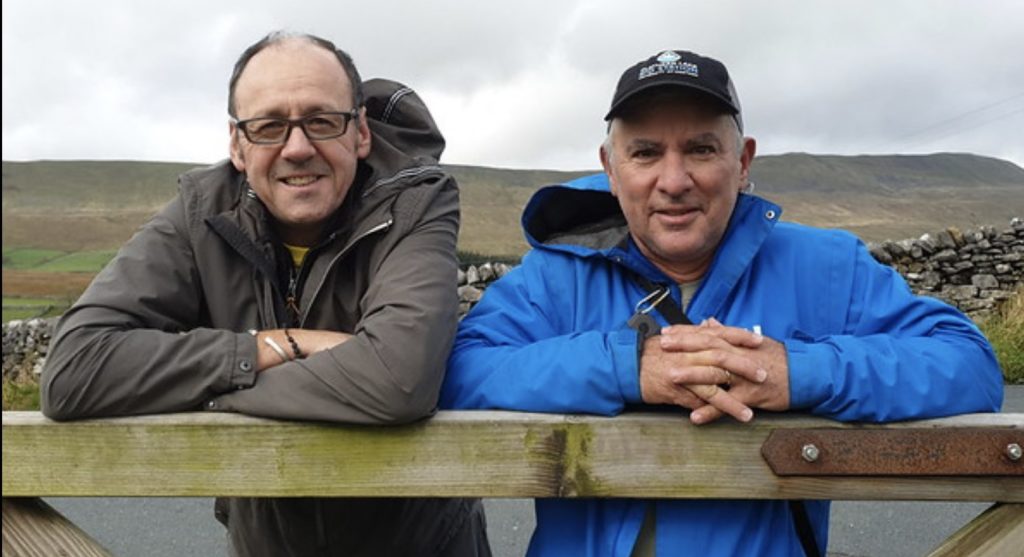 Does the world need a book about phosphorus? In 2010 Jim decided that the answer was “yes”, reflecting his belief that phosphorus was a greatly under-appreciated element given its huge importance for all of life and its pressing role in driving water pollution and in supporting food production. But what was missing, perhaps, was the perspective of scientists who work actively on this conundrum writing from the depth of their scientific expertise but in a non-technical form. The book would help awaken those in the world who were not scientific specialists and knew little about phosphorus, telling a story that wasn’t being told under one cover.

The book began to take shape during Jim’s sabbatical leave in 2010 but, like most such sabbaticals, there wasn’t enough time to finish and several chapters were left hanging. Luckily, Jim found a solution when, in 2015, Phil joined Jim’s NSF-funded Research Coordination Network on P sustainability. Phil had the expertise to contribute to chapters on soil, farming, watershed management, and water quality impacts so he was brought into the effort. In 2017 and 2018, final chapters were written and, after polishing and development of figures, the book manuscript was submitted to Oxford University Press in winter of 2019 and officially published on Christmas Eve, 2020.

The bound copy has 202 pages (not including literature and index), encompassing 10 chapters and an epilogue. What will you find among its pages?

Chapter 1: Here we provide a high-level view of the book and its coverage, highlighting the role of P in our everyday lives and describing the global phosphorus cycle, both in its “natural” form and its highly modified, industrial form of the present day. The reader learns that the human body contains about 0.62 kg of P and, over a lifetime, the average human will consume about 34 kg of P.

Chapter 2: Opening with the story of Hennig Brand’s discovery of P by distilling large amounts of urine, the chapter presents the structure of the P atom, along with a discussion of how elements are formed in both Big Bang and stellar nucleosynthesis. As it turns out, a P atom is created by smashing together two oxygen atoms at a temperature of a billion degrees Kelvin.

Chapter 3: Here we bring phosphorus to life, noting its essential role in the molecules of genetic information processing (DNA and RNA), in the currency molecule of energetic exchange (ATP), in the membranes that envelope all cells (phospholipids), and in our very bones (the mineral apatite).

Chapter 4: Next we discuss how P is assimilated from food and closely regulated in the body via excretion by the kidney. The essential role of P for animal nutrition (including humans) is discussed, including effects of insufficient and excessive intake.

Chapter 5: Chapter 5 begins to establish the close association between P and agriculture, discussing how humans once passively received P from foraging and hunting and now actively mobilize P via mining and large-scale agriculture. The dynamics of P in soil are summarized, and we highlight the strong reliance of modern crop varieties on heavy inputs of P fertilizer.

Chapter 6: This chapter takes a historical view of P-driven eutrophication, algal blooms, and dead zones. We discuss how the problem shifted from point sources of P (detergents, sewage outfalls) that were relatively straightforward (though expensive) to mitigate to non-point sources (agricultural runoff, manure losses) that are much harder to manage.

Chapter 7: Chapter 7 traces the history of the emerging phosphorus sustainability movement from when the 2007/2008 price spike in phosphate rock first raised concerns about long-term availability of phosphate fertilizers. We discuss various global efforts to raise awareness about the complex issues surrounding both P supply and P impacts and potential solutions.

Chapter 8: Here we begin to describe a set of mitigation strategies to enhance phosphorus sustainability, from improved crop varieties to better on-farm practices to enhancement of food chain efficiency by reducing food waste to reduction of meat and dairy in the diet (including meat substitutes and stem cell meat).

Chapter 9: This chapter discusses developments on the other side of the P sustainability coin: recycling of P. Emerging approaches from struvite precipitation in wastewater plants to anaerobic bioreactors to treat manure to ecological sanitation are reviewed.

Chapter 10: Here we bring the book’s themes together to argue for a new approach to the P sustainability challenge, one that doesn’t solely rely on piecemeal techo-innovation tricks but one that takes a systems-level approach that connects all dimensions of the complex global food-water system that touch on phosphorus.

Epilogue: We recount our wide-ranging conversation with Alliance Program Manager, Matt Scholz, as we tried to bring the book to completion and the ensuing road trip from Phoenix to San Diego to announce the book’s completion to the annual meeting of the Soil Science Society of America.

We hope that this book will help raise the profile of phosphorus in the broader community because solving the phosphorus conundrum is just as essential for ensuring future human well-being as is addressing other pressing issues such as climate change. And don’t you think everyone should know more about the 0.62 kg of something they carry around in their bodies every day? 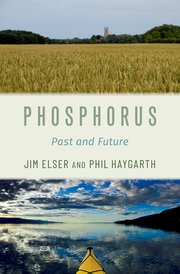